What was the most creative Table Topics I ever saw? 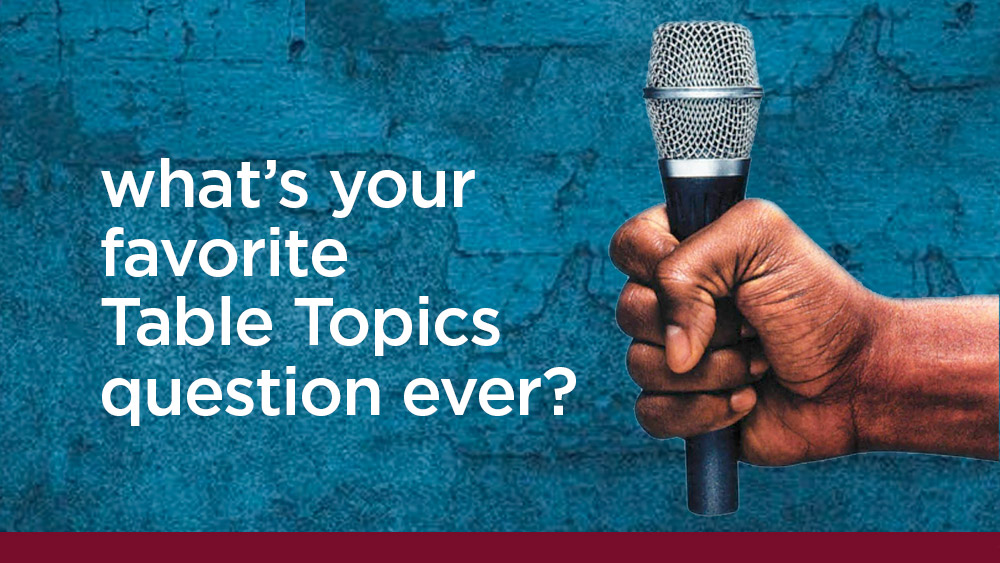 Years ago, in my old home club of GoldenBell Toastmasters, our Meeting Toastmaster was kicking off the meeting and reviewing that morning’s players.  When he came to the Table Topics Master, he told us that my clubmate, Charlie, had that role.  Charlie’s eyes got really big and stammered out “What?”  He looked like a deer in headlights.  Charlie had completely forgotten he was Table Topics Master.  He was entirely unprepared.

Our club always did speeches before Table Topics, so Charlie had a few minutes to stew in his panic and ponder a solution.

When the Toastmaster introduced the Table Topics Master, Charlie walked up to the front to the room…carrying his brown paper lunch bag.  He reached in to bag pulled out…an orange.  He held the orange up high so we could all see it and said, “You see this object.  In your Table Topics today, you are going to talk about this object.  You can say anything you want about it, anything at all…except you can’t say anything that anyone who goes before you has already said.”   After a dramatic pause he added, “Who wants to go first?”

Realizing that those who volunteered first had the greatest freedom of choice, hands shot up around the room.

Bob, went first and talked about how nutritious oranges are.

Louise went second and spoke of the Florida orange groves and the importance of this fruit to that area’s economy.  Then things got really creative.

Diann held up the orange and said, “This isn’t an orange.  It’s a baseball.”  She told us about her love of the game and the most recent Mariner’s victory.

I was called on, so I told the group how oranges were really evil, alien eggs sent to our planet to lure us into eating them with their sweet, juicy flesh…just so they can skirt acidic juice into our eyes.

It went on and on.

This Table Topics session taught me that spawning creativity doesn’t necessarily require a complex or well-thought-out question.  It just requires a little competition and a sense of fun.

Want to learn a little more about dealing with tough table topics…and have some fun at the same time? Visit Sound Advice for an Advanced Impromptu Speaking meeting on Thursday, Sept 19th!