After 17 years in the military, I realized, I wasn’t as effective a communicator as I thought. Military servicemembers enjoy a language rich in jargon and acronyms that people outside the uniform don’t understand: TDY (Temporary Duty), denoting when we’re away on a business trip; PCS (Permanent Change of Station), a military transfer from one location to another (and its verbs PCSing and PCSed); and RET, the three letters on my ID card reminding me I retired from the Air Force three years ago (and that I may choose what to wear and I can once again be called by my first name, but I digress).

The Issue – I Can’t Talk to Superiors

When I became a SNCO – that’s a Senior Noncommissioned Officer, or a senior manager in civilian terms – I found out I needed to develop communication skills that would lead my team, including my superiors, to do the things I wanted them to do. But I couldn’t just bark out orders? Or flaunt regulations and policies to prove people “wrong” and, naturally, be seen as “right?” I grew up in Theater. I love an audience. And the bigger the crowd, the better. My downfall? One-on-one conversations with higher ups or people in positions of authority. I’d walk into, say, the commander’s office, with my arsenal of knowledge, statistics, data points, to persuade the decision maker. Hey, I’ve got this! Until the commander would ask me an unexpected question. Immediately, I would freeze. Panic. Become despondent. “Let me get back to you, Ma’am,” or “I’m not sure, Sir.” I’d leave meetings demoralized. The numbing departure from their offices felt like avalanches of despair, “Why didn’t you answer, Manny, you knew what to respond. Why didn’t you say it?”

Deal lost. Belief shattered. Why even try again? Perhaps I needed to RET.

I wished to speak confidently and coherently.

In 2007 I joined Hickam Toastmasters, a group of military and civilians who met once a week to practice their speaking and leadership skills. Over time, my communication problems blew away swiftly like the island trade winds.

We met in the Pacific Air Forces Headquarters, the famous barracks building bombed on December 7, 1941, at Pearl Harbor. The building’s bullet holes adorn the walls as signs of resilience. I walked into the first meeting riddled with my own battle scars from crash-and-burn conversations. Fortunately, my club became my “Rosie the Riveter,” ready and willing to patch me up. The club became the top-secret hideout where I prepared my communications overhaul.

I joined two more Toastmasters clubs as I moved from base to base. In 2009 I PCSed (remember what this means?) from Hickam to Eglin Air Force Base, Florida, and joined Eglin Toastmasters. Later in 2011 another reassignment to Hurlburt Field, Florida, and into another club, Hurlburt Toastmasters. These safe spaces where mistakes were welcomed, even applauded, expanded my public speaking and leadership repertoire, and complimented my military leadership experience.

Table Topics became my first challenge, the baby steps. Impromptu questions for which I needed to answer quickly and confidently. After a couple of months, my club President asked, “When are you going to give your Icebreaker?” Then, the next speech, and another speech. And many more speeches. I weaved my thespian charm into my communication tools from Toastmasters.

Over time, my confidence grew. My skills blossomed like hibiscus flowers. Eventually, I began competing at speech contests. In 2012 I won District 77’s International Speech Contest and Table Topics Contest. Subsequently, I placed third at the Speech Semifinals during the 2012 Toastmasters International Conference in Orlando, Florida.

My communications at work improved, too. My ideas began to take hold with my teams. Employees described me as “approachable”. Subordinates sought my advice. I employed the speech evaluation tools from Toastmasters when providing performance feedback, and when mentoring Airmen on how to guide their struggling teams. I patiently and intently waited until a Sergeant’s “speech” ended before I interrupted. Toastmasters are good listeners because when they’re not speaking they practice paying attention.

My final ten years in the military became my best years. I was chosen to serve in the top two Enlisted ranks, first as Senior Master Sergeant and then as Chief Master Sergeant, the top one percent of the Air Force. The ability to communicate clearly, concisely, and coherently provided me the confidence to reach the top positions. I couldn’t have done it without Toastmasters.

Benefits to the Team and the Organization

Let’s go back to my problem: talking with superiors, and persuading them to adopt my ideas and my team’s solutions.

With my Toastmasters body armor, I became stronger in talks with senior leaders, and comfortable in conversations where decisions needed to be made. I succeeded in helping commanders and senior officers make choices that positively impacted the organization and its people. Additionally, Table Topics allowed me to give quick, clear opinions to leaders so they could make the tough calls. From conducting senior leadership briefs in Afghanistan, to forging a new organizational structure for the fifth largest Air Force Honor Guard in the Air Force, Toastmasters provided the foundation to elevate my communications to military leaders.

I no longer wear a uniform. No stripes on my sleeves. Outside the military nobody cares that I was a Chief Master Sergeant that’s RET. And, honestly, I still find the sound of my first name just a little bit odd…

And yet, I work with people intrigued by my Air Force career, the 11 PCSes in 30 years, the TDYs to Africa, the Middle East, Asia. But I can’t speak military jargon with them. Can’t use acronyms to influence people. Can’t rely on position power to persuade them to do anything. There is a better way to convey my message clearly, coherently, confidently. I learned it at Toastmasters.

These days, I weave my military experiences when I coach business owners, community leaders, brand new supervisors, and mid-level managers to connect them to their situations and provide solutions. They seek to elevate their teams, persuade their superiors, make the right decisions, like I did years ago in the Air Force. We focus on learning communication tools, among other skills, to help them become effective leaders.

I’m glad I realized wasn’t as good a communicator as I thought. That I didn’t RET.

I thank Toastmasters for giving me the confidence to serve my community, and the tools to develop a new generation of leaders. 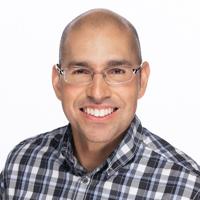 Manny is the Vice President of Education for Dawn Talkers Toastmasters in Olympia, Washington. He’s been a Toastmaster since 2007.

In October 2018, Manny completed a 30-year career in the United States Air Force, reaching the summit of leadership as Chief Master Sergeant. He served military tours in the U.S., Germany, Italy and Turkey, and deployed to military operations in Kuwait, United Arab Emirates and Afghanistan.

Click here to record your attendance at District 32 event.

A entry must me made for each club to be credited for your attendance for each event.