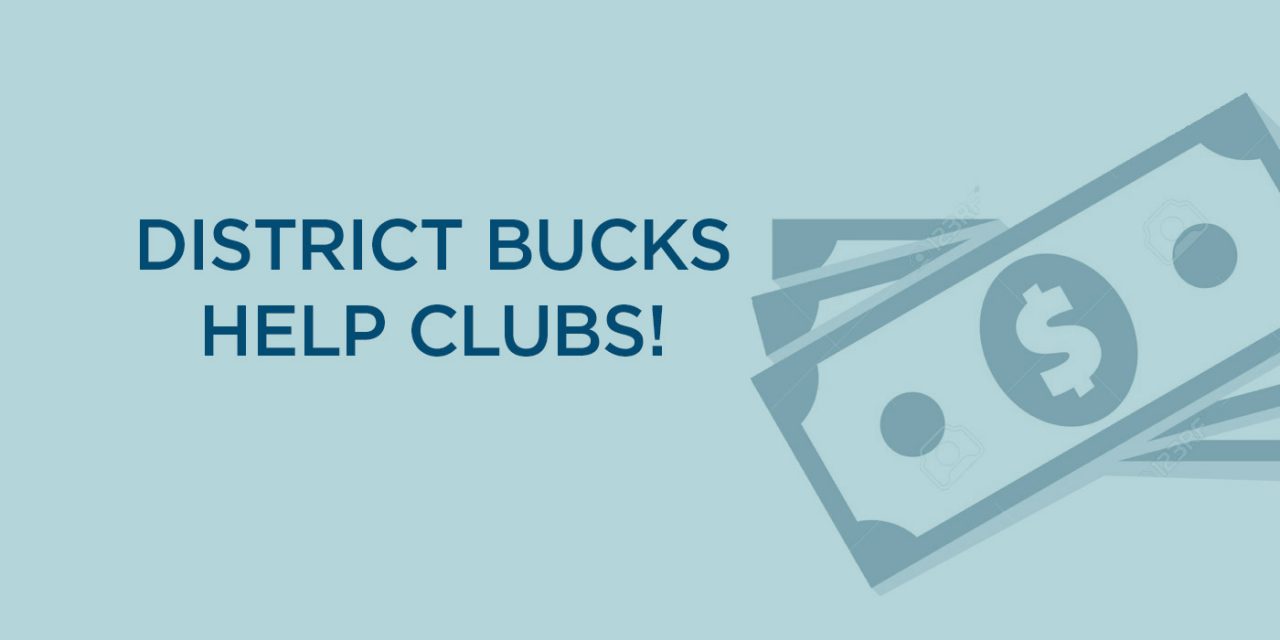 District Bucks are certificates issued by District 32 Toastmasters as incentives for club and member engagement.

On what can clubs spend District Bucks?  District Bucks certificates may be redeemed by a club after it has spent an amount equivalent to the certificate value for club membership recognition, club building, or purchases from the TI store.  Some clubs have redeemed their certificates by purchasing a new club banner after renaming their club.  Other clubs purchased items from the TI store to acknowledge their members (all received travel mugs), and some clubs have purchased Zoom accounts to use for membership building and member recognition events.  Clubs have also redeemed certificates after pushing Facebook and social media posts.  Other “outside the box” ideas for spending a club’s District Bucks may be approved by the Trio. NOTE: District Bucks cannot be used for “non-Toastmasters” gift certificates, gift cards, or other stored-value items.

Remember that these District Bucks have a shelf life!  They expire by June 1, 2021. To redeem your District Bucks, see the attachment in the notification email you received, it will instruct you on how to request reimbursement for qualifying expenditures.

Congratulations to the following clubs, who have been awarded District Bucks this year:

It’s not too late for your club to earn District Bucks.  Earn and redeem these certificates to support your club members!